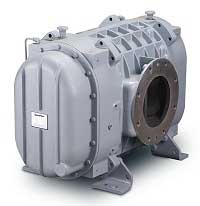 This is an interesting question. The supplier states that a minimum of 10 minutes is necessary for a vacuum to be drawn, but as a footnote adds that if the gauge indicates that the vacuum is being lost, then water may be present in the system or a leak could exist. This is basically correct, provided the following facts are considered.

Normal compound analog manifold gauges used by installers cannot accurately measure vacuum. A vacuum gauge (typically a micron gauge) is required. There are more advanced manifold gauge sets that are able to measure vacuum accurately; however, I doubt that an installer would be using high-end, expensive electronic sets.

In an ideal world, the installer would be using new tubing that has the ends sealed to prevent the ingress of contaminants, including water. Their tooling, and in particular the gauge hoses, are kept sealed when not in use, and during the installation, care is taken to prevent contaminants/water from entering the pipework. The only job left for the vacuum pump to take care of, is the removal of air entering the pipework. Perhaps then a minimum of 10 minutes would suffice, provided the level of vacuum attained is 500 microns or less.

Having said that, after the 10 minutes of evacuation and with the vacuum pump turned off, the vacuum would have to remain stable at 500 microns or less for between 10 and 20 minutes.

Again, a vacuum analyser would have to be used, as the normal manifold gauges are not accurate at high levels of vacuum.

So, the bottom line is: A deep vacuum level of 500 microns or less must be reached and remain stable for the system to be declared free of moisture (water) and non-condensables (air).

I would like to expand on this with a more complete explanation.
Purpose of the vacuum

It is most undesirable to have any ‘foreign’ gas present in a refrigeration system. The most likely foreign gas is air (which is a mixture of gases, to be exact). Air is non-condensable in terms of the working pressures and temperatures of a refrigeration system. When various gases share a space, all their pressures add together to make the total pressure of the volume. This means that the pressure of any air (or other ‘non-condensable’ that may be present) is added to the working discharge pressure of the refrigerant. This means more power is used; refrigerant discharge pressure rises higher than necessary, and less refrigeration work is done. Temperature, particularly of the oil and at the discharge valves, builds up excessively.
But even more harmful in the system is moisture. This may enter as atmospheric humidity, or in many repair cases, a chilled water or condenser water tube could have fractured, and water could have entered by that route. Moisture may be present in two forms in the system:

Refrigerant oil is extremely hygroscopic (that means it readily absorbs water from the atmospheric humidity). Even if great care is taken, moisture can enter the system in the oil that is supplied ready charged in some compressors or is charged into the compressor before final evacuation.

Moisture reacts in the most damaging way with refrigerant oils and also with refrigerant itself, particularly if the system runs hot. This causes chemical reactions between refrigerant, oil, and the water, building up some extremely powerful acids, including hydrofluoric acid, which dissolves glass. These acids attack and corrode system metals, creating foulants, which add to the sludges that form in the oil, seriously harming the compressor lubrication. The compressor can literally be torn apart.

Table 1 shows the boiling point of water at some low and very low pressures.

A normal system is treated by pulling a deep vacuum down to 500 microns. The vacuum is then observed for a period of time. If the vacuum remains at 500 microns, the system is deemed to be leak and moisture free. This is called ‘deep evacuation method’.

In the case of a wet system, that is to say a system with considerable moisture present, the ‘triple evacuation’ method should be used.

This process involves firstly evacuating the system to a ‘reasonable’ vacuum (that is, 5 000 microns). This vacuum is then broken with dry nitrogen. Nitrogen is supplied technically dry when this is what is ordered. The previously evacuated system is pressurised to about 60 or 70kPa (gauge) with dry nitrogen and allowed to stand in this state for an hour, after which it is re-evacuated.

The dry nitrogen will absorb water by evaporation, just as dry air will. This is sometimes referred to as a ‘blotting’ process.

Then, the nitrogen pressure is released and the vacuum pump is restarted. There is a strong flow of this now moist nitrogen towards the pump suction connection.

This process is repeated a second time but drawing a vacuum of 1 000 microns to get a further handle on moisture that may be loitering in the system.

After this, it should be possible to get down to the desired 500-micron vacuum.
Triple evacuation system

Vacuum gauges are used to measure any pressure below atmospheric pressure. Many gauges are available. Vacuum may be expressed in kPa vac and not –kPa. The vacuum scale on the compound gauge is not sufficiently accurate when working with dehydrating vacuums. A micron meter or similar gauge should be used.

Vacuum readings are normally in microns or mbar, and consist of the following:
Single-stage versus two-stage vacuum pumps

A single-stage pump is not recommended for refrigeration work. The vacuum pump is connected to the system through the charging manifold.

Standard reciprocating compressors do not achieve a high enough vacuum to dehydrate a system. The rotary vacuum pump is the most effective method of drawing a vacuum on a system.

A single-stage pump is not recommended for refrigeration work.

Testing of the vacuum pump

Before using a vacuum pump, check the safety aspects, the electrical cord, and the suitability of the pump for use. Check the oil level and colour of the oil (the oil should be clear, not black or milky white). Test the capability of the pump, using a micron meter. A vacuum of at least 500 microns is necessary. If it does not achieve 500 microns, replace oil and retest. If after oil replacement has being carried out and the pump still fails to achieve the required vacuum, the pump should be serviced.

The vacuum pump’s oil should be changed regularly and especially after drawing vacuum on a contaminated system.
Drawing vacuum

It is best to purge a system through with nitrogen prior to drawing a vacuum for best results, as nitrogen absorbs moisture better than air.

In order to draw a dehydrating vacuum:

The oil in the pump is very prone to picking up moisture that is being drawn from the system. If the oil becomes saturated, it will be impossible to achieve a good vacuum. It is good practice to ensure that the vacuum pump is capable of drawing 500 microns before each use. Vacuum pumps use specialised vacuum pump oil. Consult with the vacuum pump manufacturer for the correct oil.
Assessment of the vacuum

Once the required 500-micron vacuum has been achieved, manifold gauges closed, and the pump has

Does pulling a vacuum remove oil?

How many microns should a vacuum pump pull down to?
رفتن به بالا