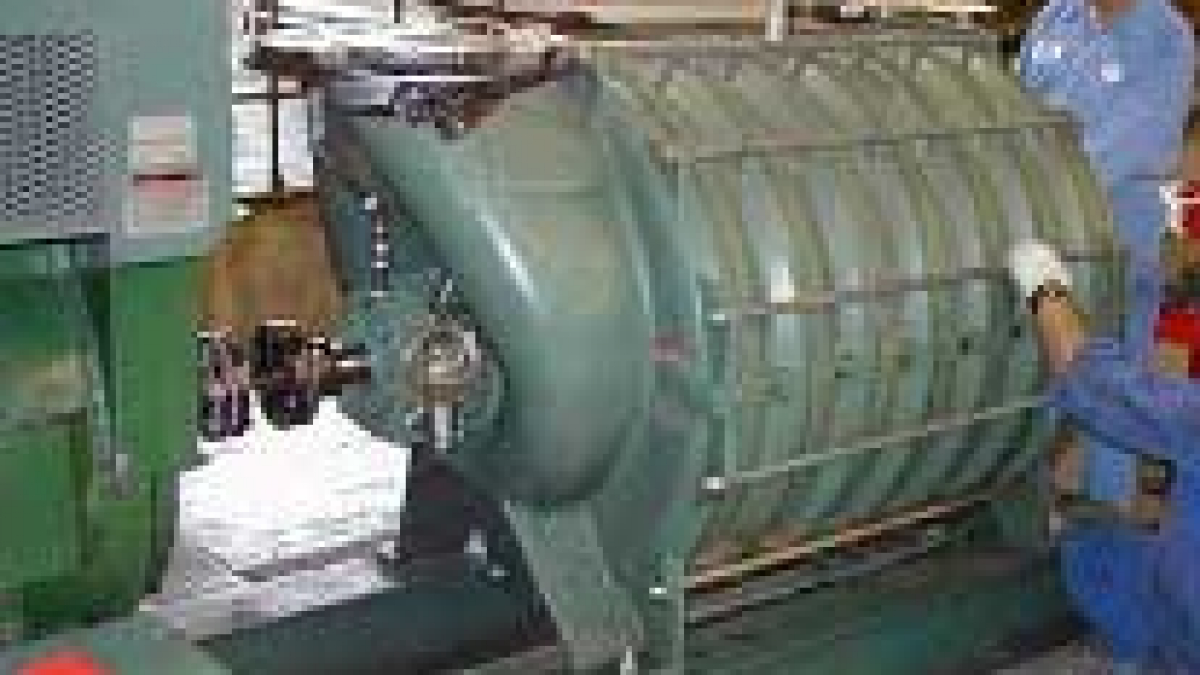 Can I leave a vacuum pump running overnight?

I wandered into the lab one Saturday morning while I was in graduate school – (OK, scratch that, I wandered into the lab most Saturday mornings while I was in graduate school, which was one of the things I hated about it.) And as I walked past the vacuum pump, I noticed something a little odd.
For those who don’t work in a synthetic chemistry lab, the vacuum pump is where you put flasks of stuff after you’ve evaporated most of the solvent off of them. The pump pulls the last volatiles residues out of your syrup, crystals, or powder, leaving you with a dry weight that you can use to check your reaction yield, get pure spectra of the material, and so on.
The pump was making a different sound than usual. There was more of a rattle in it this morning, and less of a hum, if that makes any sense. I looked the thing over, trying to see what was going on, and finally I checked the row of stopcocks. Pay dirt! One of them was wide open, and the reason the pump was making that unusual sound was that it was trying to pump the air out of the entire chemistry building.
That isn’t good for them. And in an academic lab, it’s not like you could just reach into a cabinet and pull out another vacuum pump when you burned one out. They aren’t cheap, and we spent time fixing the ones we had rather than attempt to ever buy new ones. So I twisted the glass stopcock closed, muttering foul gerunds, and left an unpleasant note taped to it. Something about how if you were the last user of this pump, you left the procreating stopcock open, and you shouldn’t reproducing do that, etc. And I went about the rest of my merry morning’s work.
The next morning, I wandered into the lab yet again. (I was there most Sunday mornings, too, damn it all.) And as I walked past the pump, I could swear that something was odd yet again. Surely not. I went back, looked it over, but couldn’t see anything out of whack. Then, hardly believing it, I moved my taped note back to find the same stopcock, left wide open again. The slackjaw that did it it had to hold the note up to get to the stopcock, which really defied belief. There was the poor vacuum pump, trying to evacuate the air out of the state of North Carolina again.
I went stomping through our labs, looking for the culprit. But I was the only person there. No one in my group had done anything like that, so I wondered if someone else had been in there. . .then I remembered a Moroccan biochemist from another group who came over sometimes to hang out with the guy around the corner from me. Maybe. . .I went over to the next hall, and there was the pride of Marrakesh himself, humming tunelessly as he wandered about his lab.
So in I went, demanding to know if he’d been in our lab that morning, used our vacuum pump, and so on. He gave me a big grin: “No, I have not used this pump. But I have gone past it this morning, and I have thought, Hmmm, she is sucking ze air, no?” My testy reply was that if I found out that he’d been leaving the pump open then he would be sucking ze air, yes. For whatever reason, our apparatus went unmolested after that.