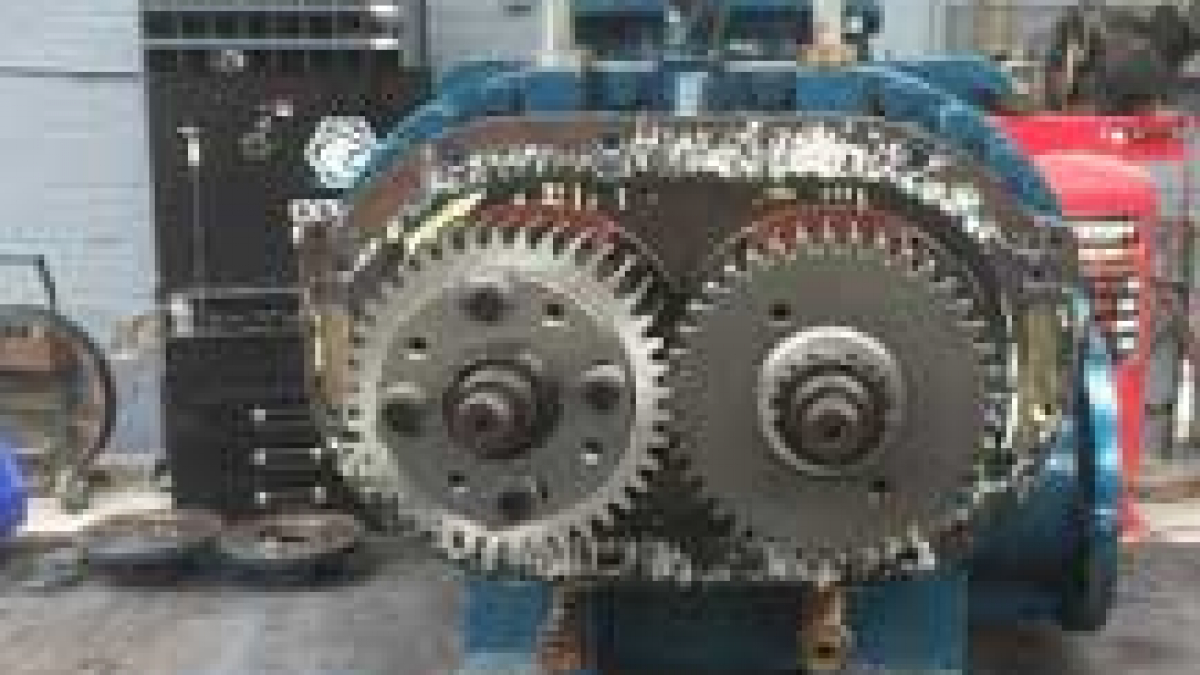 What type of oil is used for vacuum pump? 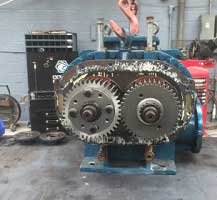 What type of oil is used for vacuum pump?

Vacuum Pump Oil: The “Circulatory System” of the Vacuum Furnace

One of the most critical parts of a vacuum system is the pump oil. Just as vacuum pumps can be considered the heart of the vacuum furnace, so too can the oil be thought of as its circulatory system. The selection and properties of the oil are critical to proper furnace operation. Pump oil serves different purposes in different types of pumps and even has different functions within the same pump. In addition to lubrication, it helps to provide the seal on the rotary vane and other wet pumps and serves as the media to propel the pumped gas via kinetic action in diffusion pumps.

“Oil” is a bit of a misnomer because modern pump oil technology has evolved well beyond the original distilled petroleum products. There are now double- and triple-distilled oils available, as well as hydro-treated oils, low sulfur oils, silicone-based synthetic oils, and flushing oils used to clean the pump. Due to the wide variety of formulations available, these are often now referred to as pump “fluids” rather than pump “oils”.

The oil in a vacuum pump serves several purposes. In addition to providing lubrication for mechanical components such as found in rotary vane pumps, the oil also provides the following:

A seal across the vanes and duo seal between the high pressure and low-pressure side of the pump.
Cooling of the pump by conducting heat from the stator to the outer casing where it can be dissipated.
Protection of the metal parts from corrosion caused by the pumped gas.

In diffusion pumps, the oil is used to trap and remove gas molecules from the vacuum chamber through kinetic motion.

Due to these multiple roles, the properties of the oil selected by the manufacturer must be carefully evaluated. If the oil is not properly selected, pump performance will be negatively affected and the pump possibly even damaged.

Different pump oil formulations are specifically designed for different pumps and different vacuum applications. Therefore the user of the vacuum system must have a basic understanding of pump oils in order to make the correct selection. SAE 30 motor oil, for example, is not properly refined for use in a vacuum pump, has inadequate chemical resistance, and contains additives such as rust inhibitors that would separate out from the base fluid and deposit on interior surfaces as a gummy residue. Vacuum pump oil additives are limited to corrosion resistance, anti-oxidation, and anti-foaming. Although vacuum pump oil costs much more, it cannot be substituted by motor oil. In order to choose the correct pump oil, it is useful to understand vapor pressure, viscosity, and distillation methods.

Different pump oil formulations are specifically designed for different pump applications and careful consideration must be given to the oil selection. Typical motor oil, for example, is not sufficiently refined for use in a vacuum pump,
has insufficient resistance to chemical attack, and contains additives that may be detrimental to the process being performed in the vacuum furnace. In addition, the viscosity must be considered. Lower viscosity oils are used for lower operating temperatures, and for smaller pumps, and medium viscosity oils are used for medium to large pumps. Temperature resistance is also critical, as many pumps operate at high temperatures, and the oil must be rated for these temperatures. Many of the oils used in vacuum pumps are not traditional oils at all, but made of silicone or other non-hydrocarbon fluids.

What is Vapor Pressure

The viscosity of Pump Oil

The viscosity of a fluid is a measure of its resistance to flow and can be thought of as the thickness or stickiness of the fluid (Fig. 1). Viscosity is expressed in units of centipoise (cP), and the higher the viscosity, the greater the “stickiness” of the liquid. An oil’s viscosity is determined mainly by the size of the molecules. Larger molecules result in higher viscosity, and smaller molecules provide lower viscosity. The size and structure of mineral oil molecules, for example, vary, so the average molecule size dictates the viscosity (Fig. 2), whereas synthetic oil features consistently sized molecules of an identical structure.
Figure 1 | Viscosities of various liquids 3
Figure 1 | Viscosities of various liquids3
Figure 2 | Duo seal in a rotary pump4
Figure 2 | Duo seal in a rotary pump4

One can easily understand how oil viscosity would help coat the pump interior and moving parts, allowing them to operate smoothly, but viscosity also helps seal the pump by preventing the pumped gases from crossing the duo seal (Fig. 3) and the gap between the vanes and the stator. The viscosity must be high enough (the oil must be “sticky” enough) to fill these gaps even while operating at elevated temperature. For these reasons, viscosity is considered one of the oil’s primary properties. Lower viscosity oils are used for lower operating temperatures and on smaller pumps, while medium viscosity oils are used for medium to large pumps. Typical pump oil viscosities range from roughly 25 to 100 centipoise at room temperature. The oil viscosity goes down considerably at a higher temperature (meaning it becomes thinner and less sticky) and it drops by 75% to 90% at 93°C (200°F).
Figure 3 | Molecule size of synthetic oil vs. mineral oil5
Figure 3 | Molecule size of synthetic oil vs. mineral oil5

The most basic pump oil is derived from petroleum-based mineral oil, which contains nitrogen, sulfur, oxygen and aromatic hydrocarbons. Of these, sulfur is particularly troublesome as it is one of the first constituents to break down as the pump temperature increases. To prevent sulfur contamination, sulfur and other impurities are removed using distillation.

Triple distilled oil is distilled a third time and contains practically no sulfur or other volatile impurities. It is chemically inert and provides excellent resistance to both oxidation and reaction with process gases. It is clear in color and allows an ultimate vacuum of 6×10-4 Torr.

Solvent refining involves a process referred to as liquid extraction or solvent extraction. It is used to remove most of the aromatics and undesirable constituents of oil distillates. In the solvent refining process the oil is first dried of moisture, then washed with an extractant called furfural, a liquid that readily combines with the soluble oil contaminants and allows them to be removed. After solvent refining, the oil is ready to be blended with the appropriate additives even though some contaminants, called aromatics, remain. Aromatics, which serve as “natural” seal swell agents, can be a source of sludge formation in the pump under conditions of high temperature and low pressure.

Many high-end pump oils are hydrotreated, which provides an even higher purity than distillation. It involves combining a hydrocarbon-based oil with hydrogen and then sending it through a selective catalyst under high pressure and temperature to remove the sulfur, nitrogen and trace metals. The sulfur and nitrogen in the oil combine with the hydrogen and leave as hydrogen sulfide (H2S) and ammonia (NH3).

Hydrotreated oils are virtually contaminant-free and clear in color. Although there is no doubt about the higher purity of hydrotreated oils, they do have a disadvantage in that they don’t retain their solubility for some additives. Therefore, they cannot be blended with certain beneficial additives. In addition, because hydrotreated base oil contains almost no aromatics, these oils must be fortified with seal swell agents in the additive package.

PFPE is a synthetic, highly inert, non-hydrocarbon fluid commonly used in corrosive pump applications. PFPE fluids are designed for high oxygen applications or where the process gas contains aggressive chemicals such as hydrazine, nitrogen tetroxide, hydrogen peroxide, chlorine, nitric acid, or hydrogen fluoride. If a typical mineral oil is used in a chemically aggressive environment, it will break down and leave a tar-like residue, which will block the internal passageways and cause pump overheating and damage resulting from insufficient lubrication. PFPE’s are generally considered non-toxic under normal operating conditions and are nonflammable.

These oils are available under the trades names Fomblin® (Solvay Solexis) and Krytox® (Dupont). Although they can typically withstand temperatures up to 400°C (750° F), they may suffer degradation at temperatures above 205°C (400° F) when in contact with non-passivated aluminum or titanium alloys, at which point toxic and corrosive gases may be released. Untreated PFPE’s are permeable to water, and additives must be used to provide moisture resistance when the process gas contains water vapor.

Flushing oil is a high solvent oil used to clean baked-on contaminants from mechanical pumps. It also removes condensables, such as water and undesirable solvents. In addition, flushing oil can be used before filling the pump with new oil to minimize contamination of new oil by residue from old oil.

The oil used in a rotary vane pump not only provides lubrication of the pump rotor bearings. It must also (a) provide a seal between the vanes and the rotor (the “Duo seal”), (b) generate the seal between the tips of the vanes and the stator, (c) provide cooling of the stator by transferring heat to the outer casing, and (d) offer corrosion protection of the metal parts from the gas being pumped.

Oils designed specifically for rotary pumps are distilled mineral oils to which hydrogen atoms have been attached to any loose molecules in the chain. This process, referred to as hydro-treating, provides a strong, stable formulation

with a low vapor pressure. For applications where the vacuum pump may be exposed to reactive or corrosive gases carried in the pumped gas, specially engineered oil is used which has been further processed to remove impurities. Where a high concentration of oxygen or other chemically reactive gases are present, highly inert, man-made lubricants are recommended. These perflouropolyether (PFPE) fluids have good temperature resistance but must not be exposed to temperatures above 280° C, at which point they release toxic vapors. PFPE fluids are available under the trades names Fomblin (Solvay Solexis) and Krytox (Dupont). If the incorrect oil is used in a chemically aggressive environment, it will break down and leave a tar-like residue which will block the internal passageways and cause pump overheating and failure resulting from insufficient lubrication.

The oil must be changed at proper intervals, otherwise, it can breakdown over time and contaminate the pump. Contamination can also occur if the oil is not rated for the operating temperature, in which case oxidation or thermal breakdown can occur. Other selection criteria are for the pump fluid include low vapor pressure at room temperature, low toxicity, and reasonable cost. To prevent overheating and thermal breakdown of the oil and resulting pump contamination, an interlock may be incorporated into the vacuum chamber to automatically shut the pump down if the temperature exceeds a certain value. Oils with low boiling points also tend to have lower thermal breakdown temperatures. It is important to properly select the oil considering expected temperature and other operating parameters.

In order to reduce backstreaming, one or more oil traps, baffles, or cold traps are typically located between the pump and the furnace. A baffle is made of high conductivity metal and is in tight contact with the pump walls, to promote good heat transfer away from the pumped gas. In higher capacity pumps the baffle is water cooled. Baffles reduce the pumping speed somewhat but can reduce backstreaming by about 90 to 95%. In diffusion pump applications where oil contamination of the chamber must be minimized, liquid nitrogen cooled cold traps are used.

Rely on the Experts

Due to the many formulations available for each type of pump and different operating conditions, the selection of pump oil can seem daunting (Fig. 7). The key to success is to partner with a reputable supplier. They will be able to help you find the best oil for your specific application at the most cost-effective price.